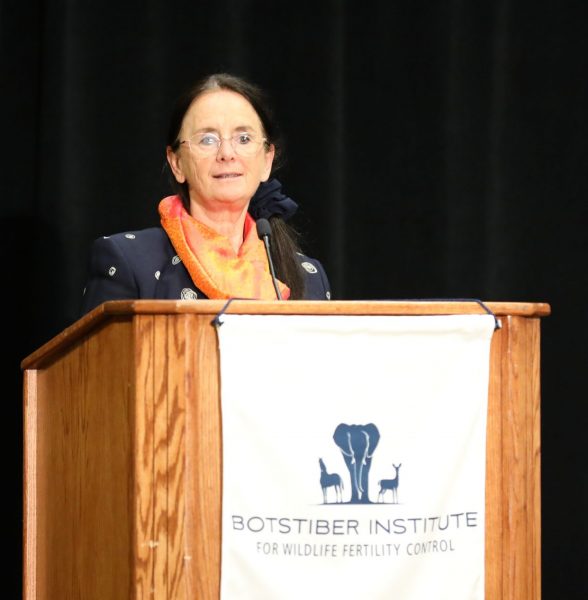 It is difficult to believe that BIWFC Europe is one year old, but here we are, after twelve months of growth, in every sense. Growing interests for wildlife fertility control, highlighted by the many conferences that have welcomed our presentations; growing public interest in this topic, based on emails, texts and tweets received; and a growing number of fertility control applications and contraceptives, showcased at the BIWFC conference in May.

In the last six months I attended in person conferences in Colorado Springs (USA), in Edinburgh (UK), and Arusha (Tanzania). I also presented or co-authored eight talks on fertility control for non-native grey squirrels in the UK, feral cattle in Hong Kong, baboons in South Africa, and wild boar in Spain. The topics ranged from a general overview of wildlife fertility control to applications for specific contexts, to developing new oral contraceptives and delivering them to wildlife.

Based on comments and e-mails received after these events, each talk was truly appreciated, with several colleagues calling them “eye openers.” Most importantly, our message reached hundreds of delegates in nearly 60 countries.

Last year I was very grateful to colleagues who shared news of their work on fertility control. Contributions came as short videos, PowerPoint presentations and documents describing projects, ideas and initiatives focused on wildlife fertility control. All this material, now on the BIWFC website, provides a platform for groups to raise awareness about their work but also informs others interested in the same topics.

– in October, my interview by the UK Squirrel Accord on the grey squirrel project had 251 views;

–  in December I wrote a blog on “Exploding animal populations – how can we co-exist?” for the Animal and Plant Health Agency (APHA) Blog; 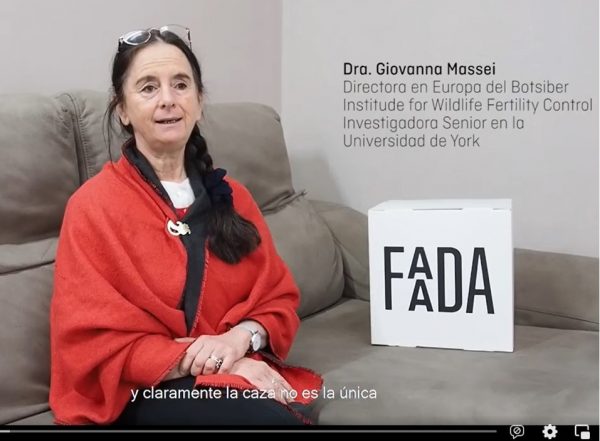 – in February, during a short visit to Spain, I was interviewed by the Foundation for Advice and Action in the Defence of Animals (FAADA) on fertility control for wild boar and parakeets;

– in June, during the UFAW’s conference on Advancing Animal Welfare Science I informed the 580 delegates, from 40 countries, that my colleague Stephanie Boyles Griffin and I, along with other guest editors, will edit the 2023 Wildlife Research special issue on Fertility Control for Wildlife;

– Stephanie and I also published a paper entitled Stakeholder acceptance of wild equid fertility control mirrors global shifts in attitudes to wildlife management. This is our first BIWFC peer-reviewed paper and we are very grateful to the editor of Human Wildlife Interactions for inviting us to submit this to the journal.

Back in Europe, a possibility arose that BIWFC Europe will soon join soon the Brussels-based Eurogroup for Animals, which represents 84 pan-European member organisations. This will give us a fantastic opportunity, and a very wide and diverse audience, to raise awareness about wildlife fertility control in Europe.

More exciting news in the pipeline includes the 13th International Symposium on Wild Boar and Other Suids to be held in Spain in September, and Pathways Europe 2022: Human Dimensions of Wildlife conference in October in the Netherlands. At the Pathways Europe conference BIWFC will host an Organised Session entitled Too many? Wildlife fertility control to share landscapes, with 5-6 invited speakers. This is particularly important because the human dimension now represents a key aspect of mitigating human-wildlife conflicts.

Finally, an invitation by the director of the Singapore National Parks to talk about wild boar management at a wild boar workshop, seems ideal to raise awareness about the BIWFC’s work beyond Europe.

In a nutshell, as “my” squirrels would say, BIWFC Europe continues to build strong bridges and to create connections that will help people and wildlife to coexist. I cannot imagine a better way of using my time.