Kay Haw, Director of the UK Squirrel Accord (UKSA) 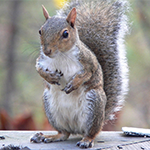 The BIWFC will host the free webinar Developing an oral contraceptive to manage the UK’s invasive grey squirrel populations on Tuesday, December 6, 2022 at 10 AM (EST).

Grey squirrels, Sciurus carolinensis, were introduced to areas of England and Ireland from North America between 1876 and 1937 – when a law was passed banning their importation and keeping. In the UK, they are classed as an invasive non-native species (invasive alien species in the EU) due to their negative impacts on native red squirrels, tree health and woodland ecosystems.

Through competition for food and habitat and disease transmission, grey squirrels cause local extinctions of red squirrels, which they have replaced across large areas of the UK. While their bark stripping behavior creates open wounds, weakens, stresses and kills young trees. This damage is estimated to cost at least £37 million a year in lost timber value, reduced carbon capture, damage mitigation, and trees to replace those that died due to grey squirrel bark stripping. That figure does not include their impacts on biodiversity, either directly through predation or indirectly through the loss of large numbers of ecologically important trees.

Grey squirrels pose a serious problem at a time when the UK is working to increase biodiversity and plant thousands more hectares of trees for the many essential benefits they provide. Traditional, lethal management methods are labor intensive, publicly unpopular and failing to significantly reduce rising grey squirrel numbers. Therefore, the UK Squirrel Accord is funding research to develop a grey squirrel oral contraceptive and species-specific feeding hopper to bring new hope in tackling this invasive species problem, and which could be adapted for other species in the future.

The webinar will look at progress in year four of the five-year oral contraceptive research project and the wider grey squirrel fertility control program, and how UKSA can act as a blueprint for effectively managing established invasive species. 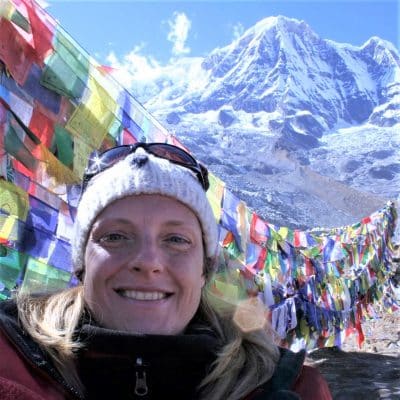 Kay holds a BSc in Conservation Biology and is studying part time for an MSc in Advanced Wildlife Conservation in Practice. She has various career experience in the conservation and forestry sectors, with a focus on invasive non-native species, and has managed numerous environmental projects and partnerships with stakeholders from the NGO, government and corporate worlds. Kay has also volunteered time to support social causes that benefit individuals from disadvantaged backgrounds.